Dropshipping is to simply provide goods by direct delivery from the manufacturer, to the retailer or customer. It is a retail fulfillment method where an online store doesn’t keep the products it sells in stock, rather when it gets order for a product, it is shipped directly to the customer from the wholesaler or manufacturer. The online store online thereby acts as a middle man between the buyer and the manufacturer.

Also Read: ALIDROPSHIP REVIEWS: THE BEST FOR YOUR DROPSHIPPING?

Why should I consider Alidropship for my Dropshipping over other e-commerce solution?

Without much stories, let me share what I call the “Top Ten Alidropshipping Stories To Kick Start Your Career”. If you think it’s not attainable, not achievable or you have tried before and think it’s a hard line to cross, take time in reading these success stories shared personally by users of Alidropship.

Here is Rahul Patil an Indian who earned $12,000 in 5 months with a single Alidropship store. He makes an average of $2,000 monthly in 5 months. He quit his job in 2014 to focus on a passive income life. He made his first earning after about 3 months of working on his blog.

He knew the business tactics which includes: choosing the products that solved people problems at the moment; choosing products that excites his target audience. The summary of it all is that he saw customers preferences as priority. Any product that got complaints from customers, he stayed away from it the first earning was $2 but was not easily discouraged. Now, he earns an average of about $2000 monthly.

Here is Daniel fom Uganda, an internet marketer. He has been involved in online business for a while but he decided to choose the Dropshipping business because of its automatic features. The automatic features made it easy for him to start without inventory. He earns between $80k-$150k per month on average. He made his first sales after 4 hours of advertisement with facebook. Thereafter, he started making sales of 4 in 24 hours. It is less tedious for him because he has a team of virtual assistants that manage his stores. Before choosing his product, he considers the trends for a product in a perios of 12 months

No 3.  Victoria’s Dropshipping Never Give Up Spirit

Here is victoria who started her Dropshipping business after realizing how easy it was to make transactions through Dropshipping. Though she had an online store initially, she wasn’t finding it too easy and convenient running the transactions.

She launched her Dropshipping store in January, 2017 using Alidropship Plugin. The plugin helped her choose her  niche carefully. She made her first sale after a month. Even though she had a little budget, she took time to prepare by editing the product pages, creating promotional tools and creating the store accounts on social networks her first sale was hence as a result of an ad she placed in google adwords.

Most important for her, she found the plugin saving her time. Therefore, with little budget and limited time , her business was still on the go.

No 4. Kate Runs A Dropshipping Store That Generates A Minimum Of $32,000 Every Month

Here is kate who generates $32,000 per month from her Dropshipping store, she is a project manager in Alidropship company. Though initially, she had zero experience about the Dropshipping store, now she is doing great in the business. This was achievable as a result of the automated solutions she used which includes social rabbit plugins, abandoned cart, live chat. She uses fan merch as niche. She ensures her store offer is always updated with goods that can be of interest to her targeted audience, she does her store promotion through social networks such as instagram and facebook. She was dynamic. She does her own pricing manually through her first sale was a $5 ring.

No 5. Prin Makes $10,000+ from Dropshipping Having Started With No Experience

Here is Prin from Estonia who also had a zero experience in the Dropshipping business but now earns an average of $10,000 monthly.

Initially, he created a woocommerce website on his own but he had difficulty selecting products and placing orders because it took a lot of time. When he started using Alidropship, it became quite easy filling orders and adding products. This gave him ample time to do other important things.

He earns about $1000 daily. He made his first sale 3 days after launching the website. Though he spends about$500 in ads per month, it is relatively small compared to the revenue generated monthly.

Here is Yan from France, who earned $1358.41 in 52 days. Though he initially had an online business, he wasn’t making the right the money needed. He eventually stumbled on Yaros Dropshipping forum 16th November, 2017. He bought the plugin and joined the forum. He was inexperienced in the Dropshipping business but the Alidropship codex helped out a great deal.

Also, the automatic solutions such as: recent sales pop up, customer gallery add-on and the abandoned cart extension gave a boost to his sales.

He launched his site at the start of December and he made $442.55 revenue from 29 sales by the end of December and before the end of January, he made $1358.41. He confirmed that the Alidropship plugin is really a huge time saver as he only spends 30 mins to 1 hour and at most 2 hours a day managing his stores. He ascertained that in his first 45 days or Dropshipping, he earned more than 2 years of blogging.

Here is Martin from Netherlands, also an internet marketer. After blogging for a while, he decided to try the Alidropshipping business since there was no risk involved. He tried a couple of plugins and he wasn’t satisfied until he tried the Alidropship plugin which he concluded was the best as it does all the needful in 1 plugin. He also did not have any delay getting his own Dropshipping model.

He has 6 Dropshipping sites using the Alidropship plugin and according to him, he has a pricing formula for creating selling prices. He had also confirmed that it takes him an average of 2 hours per day to manage his site. He came up with the conclusion that Dropshipping business is a profitable 24/7 online marketing so you have to be on the go working almost everyday. He made his first sale the month he started (August 2016).

No 8. Arguably The Best Dropshipping Story Of All Time

Here is zappos, a former Dropshipping store owner that now dominate the US shoes market. A USA based online store who makes over $1 billion in gross sales per year.

Before getting involved in the Dropshipping business  model (back in 1999), his business had no life and they had almost no sales. As time went on, he began the Dropshipping model and it allowed the company minimize storage and delivery costs and to invest the hard-earned money on client support. He later transformed the business into something large by creating a totally unique brand image so as to stand out from the competition. The Dropshipping allowed the team to develop business with little costs and also help out with the right experiences. His modus operands is ensuring that customers are the center part of His business. He has one of the most inspiring Dropshipping success stories.

No 9. Alex Grew A $6000 Revenue Store In 4 Months Using Alidropship

Here is Alex who made $6000 in four months. He also had zero experience in online trading but he had keen interest in online sales technologies. He eventually joined the Alidropship model which he finds extremely comfortable and the products assortment greatly simplified. He also got attracted at the idea selling with a high margin without having to store the goods firs. He launched his web store in July, 2016 but it came to full operation in August and by October 20, he had made a revenue of $6,000. He promotes his Dropshipping store on Facebook and Instagram. He makes an average of $900 daily and $2,400 weekly. He also asserted the fact that the Alidropship team was fast and careful in their support. Delivery is fast as it takes just 10-20 days.

No 10. Avaro’s Dropshipping Business Got Him A Lot More Than His Fat Salary

Meet Alvaro from Israel, who built a career in online marketing. As much as he had an extensive experience doing business online, which is more of theoretical, he had never run any type of e-commerce venture. He eventually launched an affiliate web store but at the long run, he wasn’t satisfied with the profit levels. While looking for alternatives, he found out about Alidropshipping business. Even though he lacked industry-based knowledge, this didn’t stop him from pursuing his dream. He bought exact match domains for each and every one of his stores. In his opinion, he takes about 3 to 6 months for a store to start flourishing but the wait worth’s it. He has about 20 e-commerce stores where he makes revenue of $1,200 monthly profit in a store. He revealed that the revenue earned outweighed his 9 to 5 salary which is $14,000 for the former and $3,500 for the latter.

Sitting down and doing nothing won’t fetch you the financial freedom or dollars you have been dreaming of. The first is creating your store, selecting a niche and spending an a maximum of 2 hours on your store each day managing your store.

The Success Stories above are to keep you going when it sales won’t come. Remember tough times don’t last, tough people do.

THE PROVEN WAY TO SOURCE, BUY AND SELL ONLINE 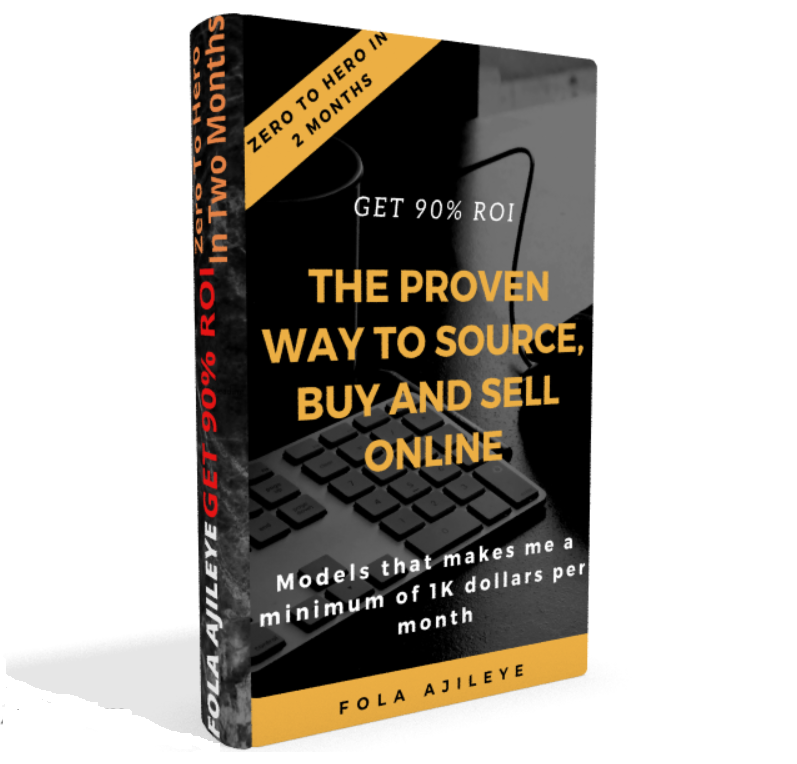 Best Plugin For Your Dropshipping

A must have PLR on Self Improvement and Personal Growth. 300+ Ebook